Books that are Diverse, inclusive and stand against bullying. Written in a manner that has Pirates hosting their own Paralympics, as well as, Polly’s adventures with treasure, poachers, forever-homes, Loch Ness Monsters, Leprechauns and so, so much more…

Paralympics for Pirates and so much more!

Here is what some reviewers have had to say:

Wonderfully written fun book about a paralympics competition for pirates! When Captain Hake finds treasure of prosthetic blades and arms and racing wheelchairs, Polly the Parrot comes up with the idea of the Piralympics! They invite pirates from around the world to compete at Blackbeard’s Cove on Treasure Island.

Kids will love this book and will laugh at the antics and the way the pirates speak. There are also several spaces where the author asks readers to draw things like their favorite pirate, favorite captain, what they think certain events look like, etc. Great way to make this an interactive reading and to get the kids to think and use their imaginations.

Verified Purchase
What a great idea for a book! Not only was it a well thought out idea, but the mini geography lessons were also a nice touch as well. I enjoyed learning about the different pirates from around the world and loved the various events they had to enter. There were times I wasn’t sure who I wanted to cheer for. The mention of the Paralympics and the theme was fabulous. I think kids will really enjoy this book as much as I did. Well done mate!
R Shaltiel
5.0 out of 5 stars fun chapter book for middle-grade kids

Reviewed in the United States on September 13, 2020

Verified Purchase
In this book, Captain Hake and his shipmates find a treasure map. They get to the island and they find their wheelchairs and Treasures. Polly, the parrot had a great idea, let’s share it with the rest of the pirate ships and have a week of competitions.
This is a fun book, and it has also lots of humor in it.
This book is part of a series.
I recommend this book for ages 8-12.

My child is being bullied, will he/she make it in the big wide world? Here are some of the success stories:

Business mogul Elon Musk was relentlessly bullied as a child in South Africa. Musk was picked on for being “the youngest and smallest guy in his school,” his mother told Esquire (2012).

Michael Phelps – Olympics swimming legend, was tormented and bullied hyperactive personality and big ears. He was even suspended from school for fighting one of his bullies. After that, he learned to channel his frustration in the swimming pool. He became the most decorated Olympian with 28 medals – bet his bullies wished they had kept quiet now.

Prince Harry (4th in line for the British Thrown) was bullied for his red hair in school, this even overlapped into his career in the British Army where he was called the “Ginger Bullet Magnet.”

Ed Sheeran – the singer was bullied for being ‘weird’ and for his red hair. Sheeran had a large birthmark on his face, a stutter, a ‘lazy’ eye, very thick NHS glasses and speech problems.

Barack Obama – US President, was bullied because they said his ears were too big.

Rihanna was bullied because her skin was too light, by other pupils at her school with darker skins.

Sergey Brin – Cofounder of one of Google, with an incredible estimated net worth of $50 billion, he the 13th richest person on the planet. However, Brin experienced bullying, thanks to his Russian accent, although he was Jewish in a Hebrew school, his voice separated him from making friends, making him feel lonely and isolated until he switched schools.

British author JK Rowling —The  Harry Potter Series. She told a fan that writing the Harry Potter Series was part of how she processed her difficult childhood. In fact, when describing being a teenager, she defined it as ‘completely horrible.’

How did they become successful? Well, they never gave up, and although the bullying hurt and I am sure many of them cried themselves to sleep at night, they BEAT THE BULLIES.

The Bully. The word ‘Bully’ (Boele) was originally used in 1530, it was a Dutch word that meant sweetheart! (Oxford Dictionaries.)

Who is a Bully and why?

A bully is an aggressor who shows that aggression repeatedly, either physically, verbally, electronically or socially. They bully when they perceive there to be a power imbalance and they have the upper hand. Often a bully has previously bullied themselves and uses bullying as a way to distract previous bullies, who now view them as ‘strong.’

Bullies need to dominate and are often impulsive and aggressive. Up to 1/3 come from dysfunctional families (Rigby 1993)

Why do they do it?

i.    As mentioned above – sometimes to escape their tormentors.

iii. To get even.

iv.  To show how tough they are.

vi.  To get money or things

The bully is only as strong as the victim allows him to be.

So, now we know what it is, how do we know if it is happening?

Beane (2008) suggests the following as indicators of possible bullying that can be observed by parents, guardians or teachers:

• Difficulty concentrating in class and easily distracted.
• Wanting to take a different route to school.
• Sudden loss of interest in school activities.
• A sudden drop in grades.
• Possessions often lost or damaged without explanation.

• They can experience headaches, start bedwetting or have difficulty in sleeping.

Children will often not say what is happening to them directly.

As boys get older they use more avoidance strategies to try to avoid the bully, however, if this fails it can often overflow into a physical confrontation. Eg. the bully continually pokes a child in front of him in class or pulls a chair from his intended victim as they are about to sit. this may lead to the victim ‘ losing it’ and attacking the bully, regardless of consequences.

Girls will usually revert to telling a friend about what is happening to them, which often provides the extra support they need and resolves the problem.

So, now we know what to look for, what can we do? 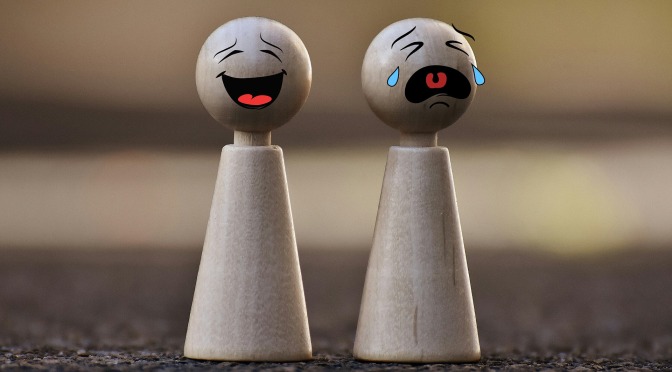 So, what is the difference? The main difference here is the intent.

This is often difficult for kids especially as they get older. They often will NOT report something that SHOULD BE reported for fear of retribution from the bully as well as their peers.

My book How Polly Became a Pirate is being used in schools in Johannesburg, South Africa to help younger kids up to 12 years old get around the problem of ‘snitching’. At the end of each chapter, there is an interactive page where they can ‘talk to Polly,’ here they can say if they or anyone they know is being bullied and even draw a picture of what the bully looks like.

So far it has been successful in identifying bullies at schools because students don’t feel they are snitching, but rather chatting to Polly. Parents have also found this useful in identifying problems their children are having which they didn’t even know about. It is almost like writing a diary but to Polly.

What is Bullying? How do you know if your child is being bullied at school, a social club, Sunday school, a youth club or even around where you live or the kid next door?

A bully wants to hurt the other person (it’s not an accident). A bully does or says the same things over and over again. Bullying is about using power over another person. There are four main kinds of bullying.

Physical:  • hitting, shoving, kicking, spitting on, beating up on others
• damaging or stealing another person’s property
Verbal:     • name-calling, mocking or hurtful teasing
• humiliating or threatening someone
• making people do things they don’t want to do
Social:      • excluding others from the group
• spreading gossip or rumours about others
• making others look foolish
• making sure others do not spend time with a certain person
Electronic: using e-mail, cellular phone or other forms of social media and text messages to:
• threaten or hurt someone’s feelings
• single out, embarrass or make someone look bad
• spread rumours or reveal secrets about someone

So now we know what it is, how do we know if it is happening? see tip #3

When does a parent know whether or not their child is being bullied?

Bullying is a repeated form of attack whether verbal, physical or cyber bullying. Random name-calling and teasing are just that  – random. Yes, parents need to be aware that little ‘Johnny’ was teased at school today, but that does not mean you have to go racing up to the school.

“Has X done this to you or someone else before?”

If NO then it is probably an isolated incident and unfortunately part of every child’s growing pains. Usually, in these cases, the children have long since forgotten what happened and moved on.

If YES, now is the time to act.